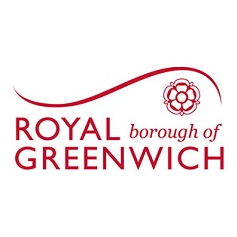 The Royal Borough of Greenwich has welcomed the decision to dismiss a claim for Judicial Review of the council’s decision to grant planning permission for the Enderby Wharf development in 2015. The Claimant was granted permission to bring the claim earlier this year on the grounds that the Council had (allegedly) failed to require an assessment of the cumulative effects of the proposed development on air quality in the immediate area.

Today (3 August) the High Court dismissed the claim, finding that the 2015 decision made by the Royal Borough of Greenwich was not unlawful and the Royal Borough had properly taken into account the cumulative effects on air quality.

Cllr Danny Thorpe, Deputy Leader of the Royal Borough of Greenwich and Cabinet Member for Regeneration and Sustainability said “The Council has followed due process relating to this planning application at all times, including seeking independent reports on specific technical areas such as air quality. Our decision was endorsed by the Mayor of London.

“At the time of the planning decision in 2015, the Mayor of London’s office confirmed that they were satisfied with measures put in place by the Royal Borough to ensure robust monitoring of air quality associated with the development, with nearly half a million pounds being committed towards monitoring and improving air quality.

“The Council understands that a number of local people feel passionately about Enderby Wharf. We have always sought to listen to their opinions at all times and will now ensure that the conditions and obligations put in place by the planning board are honoured by the developer.”

“The new Enderby Wharf development will see the creation of new jobs, boost tourism in the borough helping to benefit the local economy and further contribute to London and Greenwich as a leading world city.”

Mr. Justice Collins, who refused the claimant’s application for permission to appeal, said: ‘The redevelopment of Enderby Wharf to provide a terminal for cruise liners has been considered desirable by the defendant, by the Greater London Authority and by the Port of London Authority for some time. Further, this development will provide housing and will attract tourists and so help the local economy.’