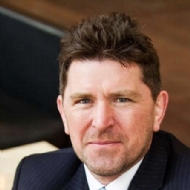 Professor David Taylor is Director of Pharmacy and Pathology at the Maudsley Hospital and Professor of Psychopharmacology at King's College.

Professor Taylor has provided expert witness testimony for more than 300 cases and has extensive experience of cases involving suspected adverse effects of drugs and their effects on behaviour.

His areas of expertise include the behavioural effects of antidepressants and many other drugs, both prescribed and illicit, and he has an acknowledged proficiency in negligence claims relating to prescribing in psychiatric practice.

He has written extensively on the effects of withdrawing psychoactive drugs such as antipsychotics and antidepressants.

He is an expert in back-calculating drug plasma levels for both legal and illicit drugs.

Professor Taylor is available for expert reports and court appearances.