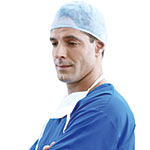 Analysis by the Press Association of data on so-called ‘Never Events’ in the NHS was widely reported in February. Never Events are described by the NHS as ‘serious incidents that are wholly preventable, as guidance or safety recommendations that provide strong systemic protective barriers are available at a national level and should have been implemented by all healthcare providers’.

The NHS says: “Each Never Event type has the potential to cause serious patient harm or death. However, serious harm or death is not required to have happened as a result of a specific incident occurrence for that incident to be categorised as a Never Event.”

Never Events include incidents such as wrong site surgery, retained instrument post operation or the wrong route administration of chemotherapy.
According to the BBC, incidents included the case of a man who had a whole testicle removed rather than just a cyst and another in which a woman’s fallopian tubes were taken out instead of her appendix.

Others included the wrong legs, eyes or knees being operated on and hundreds of cases of foreign objects such as scalpels being left inside bodies after operations. Patients’ lives were put in danger when feeding tubes were put into their lungs instead of their stomachs. Others were given the wrong type of blood during transfusions or the wrong drugs or doses of drugs.

Commenting on the data, Katherine Murphy, chief executive of the Patients Association, said: “It is a disgrace that incidents which are supposed ‘never’ to happen are still so prevalent. With all the systems and procedures that are in place within the NHS, how are such basic, avoidable mistakes still happening? There is clearly a lack of learning across the NHS, or even within individual trusts.

“These patients have been very badly let down by poor processes and utter carelessness. It is especially unforgivable to operate on the wrong organ, and many such mistakes can never be rectified, leaving patients harmed for life.” A revised Never Events Policy and Framework was published on 27 March last year. It includes changes to the definition of what a Never Event is and a reduction in the types of incident that are included on the list from 25 to 14 incident types.