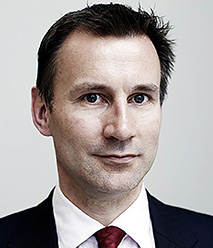 Health Secretary Jeremy Hunt has accepted the findings of Professor Sir Norman Williams’s review of the use of manslaughter gross negligence charges against doctors. The review was commissioned by Mr Hunt in February, prompted by the conviction of Dr Hadiza Bawa-Garba following the death in 2011 of a six-year-old boy in Leicester.

The conviction caused an international furore, with the president of the Australian Medical Association in New South Wales commenting: “How on earth was the doctor convicted of manslaughter? We don’t understand it.”

The report by Sir Norman was published on 11 June and the following day drew comment from Mr Hunt. “When something goes tragically wrong in healthcare, the best apology to grieving families is to guarantee that no-one will experience that same heartache again.”

He added: “I was deeply concerned about the unintended chilling effect on clinicians’ ability to learn from mistakes following recent court rulings…the actions from this authoritative review will help us promise them that the NHS will support them to learn, rather than seek to blame.”

The review makes recommendations to support a more just and learning culture in the healthcare system. It covers:

GMC to lose right of appeal

Among the recommendations in the report are that the GMC should be stripped of its powers to challenge fitness-to-practise decisions.

Mr Hunt told Parliament that the GMC’s right to appeal decisions had resulted in a lack of confidence in their regulator, as well as having an unanticipated impact on the willingness of doctors, especially trainees, to reflect fully on their practice.

The GMC said it was ‘disappointed’ about the plan to remove its right of appeal, claiming the move would significantly reduce its ability to protect patients. Sixteen out of eighteen of appeals cases heard in court had been upheld, it said in a statement.

The move was welcomed by the British Medical Association, however. BMA council chair Chaand Nagpaul said the association had long opposed the GMC’s right to appeal fitness-to-practise decisions.“We know that doctors going through this process find it stressful enough, in many cases leading to anxiety and depression, without the added worry that any decisions made by the Medical Practitioners Tribunal Service can be overridden by the GMC taking the case to a higher court,” he said. “If we as doctors and the wider health service are to learn from these mistakes, and to prevent such tragedies occurring, the NHS needs a dramatic shift away from the current culture of blame.”

No protection for reflections

Both bodies expressed disappointment that the review stopped short of recommending legal protection for doctors’ reflective notes. The fear among many doctors that their reflective notes could be used against them in fitness-to-practise hearings and even in court was one of the issues raised by the Bawa-Garba case.

GMC chair Professor Sir Terence Stephenson commented: “We wholeheartedly support the Secretary of State’s desire to create a learning culture. The best way to achieve that is to legally protect doctors’ reflective notes. We are concerned that, in accepting these recommendations, the Government is missing an opportunity to protect all doctors by not going ahead with a recommendation to enact this legal protection.”

One of the reasons given for not including a recommendation that reflective notes be legally exempt was that: “To provide an exemption for reflective practice material would rightly cause concern that healthcare professionals are above the law.”

Other recommendations in the review include:

Prior to the publication of the Williams report, there were already plans to produce new guidance for doctors on reflective practice. It is to be produced jointly by the General Medical Council, the Academy of Medical Royal Colleges, the Conference of Postgraduate Medical Deans and the Medical Schools Council. Workshops to discuss reflective practice have already been held in London, Edinburgh and Cardiff.

The GMC had also already set in motion its own working group looking into gross negligence manslaughter – culpable homicide in Scotland – in the medical profession and has invited written submissions as the latest stage of its review. The team has been selected and is being led by Dame Clare Marx, chair of the Faculty of Medical Leadership and Management.