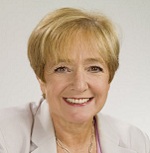 The Ministry of Justice was one of the government departments scrutinised by the Commons Public Accounts Committee in the preparation of its report into the contracting out of government services to the private sector.

It was the committee’s 47th report of the Parliamentary session and was based on evidence from contractors Atos, Capita, G4S and Serco, together with the Cabinet Office, the Department of Health, the Ministry of Defence and the Ministry of Justice. It came in the wake of a number of high-profile revelations regarding the provision of such services, not least to the MoJ.

The committee’s chair, Rt Hon Margaret Hodge MP (pictured), said: "Private provision of public services has become big business, with half of all public spending on goods and services going to private providers of contracted-out services. We believe Government needs to urgently get its house in order so that this expenditure is properly open to public scrutiny, and that measures are put in place which will improve services and secure a better deal for the taxpayer.

“Recent scandals illustrate the failure of some contractors to live up to expected standards. These include the astonishing news that G4S and Serco had been overcharging the Ministry of Justice on their electronic tagging contracts for eight years, including claiming for ex-offenders who had actually died – and the complete hash that G4S made of supplying security guards for the Olympics.

“These failures have also exposed serious weaknesses in the Government’s ability to negotiate and manage contracts with private companies on our behalf.”

She outlined three measures to ensure transparency which, she said, would allow Parliament and the public to follow the taxpayers’ pound to ensure value for money. They were:

“The four private contractors we met – G4S, Atos, Serco and Capita – all told us they were prepared to accept these measures. It therefore appears that the main barriers to greater transparency lie within Government itself,” she said.

The report concluded: “Government is clearly failing to manage performance across the board, and to achieve the best for citizens out of the contracts into which they have entered. Government needs a far more professional and skilled approach to managing contracts and contractors, and contractors need to demonstrate the high standards of ethics expected in the conduct of public business, and be more transparent about their performance and costs.”

Significantly, the report said, the contracting process at present excludes SMEs, and therefore the innovation which could be generated by a wider group of suppliers is not available to Government.

“So far, the contracting out of services has led to the evolution of privately-owned public monopolies, who largely, or in some cases wholly, rely on taxpayers’ money for their income. The state is then constrained in finding alternatives where a big private company fails.”