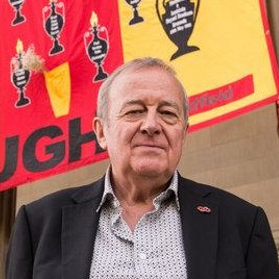 A leading academic known for his investigative work into the 1989 Hillsborough disaster has been named as a keynote speaker at this year's British Society of Criminology (BSC) Conference.

Professor Phil Scraton, criminologist and author from Queen's University Belfast, will be a plenary speaker at the UK's most prestigious criminology conference, which this year is being held at Sheffield Hallam University (July 4 - 7).

The conference, titled 'Forging Social Justice: Local Challenges, Global Complexities', is expected to attract hundreds of practitioners, policy makers, academics and students from the criminology community across the world.

Professor Scraton is best known for his research into the context, circumstances and aftermath of the Hillsborough disaster, producing two influential reports in 1990 and 1995, writing several academic papers and the highly commended book Hillsborough: The Truth. This body of work was fundamental to the establishment of the Hillsborough Independent Panel by the Home Secretary, to which he was appointed to lead the research.

He was primary author of the Panel’s ground-breaking report that resulted in a 'double apology' to the families and survivors from the Prime Minister and Government ministers, a new criminal investigation, an Independent Police Complaints Commission investigation, the quashing of the 96 'accidental death' inquest verdicts and a review of emergency planning across the UK.

New inquests ran for two years resulting in a verdict of ‘unlawful killing’. The jury made 25 serious criticisms against all of the institutions involved, particularly the police, and exonerated the fans. Professor Scraton was adviser to the families’ legal teams throughout the inquests.

Sital Dhillon, head of the department of law and criminology at Sheffield Hallam, said: "We're absolutely delighted that Phil will be one of our keynote speakers at the BSC 2017 conference.

"The theme of the conference focuses on social justice at both a local and global level, reflecting our desire to deliver real-world impact through our academic and professional practises - and Phil's exceptional body of work certainly matches this theme and our own values and aspirations as an institution.

"His work is an exemplar of social justice research that has had huge impact on those directly involved and on the public’s perception of fairness. His research into the Hillsborough disaster remains hugely topical and his insights will undoubtedly provide a fascinating focal point for the conference."

Organised in conjunction with the University's Helena Kennedy Centre for International Justice, the BSC 2017 conference will take place at venues across Sheffield with keynote lectures, presentations and workshops from a number of leading figures from the field of criminology - with early bird registration now available via the conference website www.bsc2017.org.uk.

Further announcements regarding the BSC 2017 conference will be made over the coming weeks and months via the website, @SHULawCrim and the #BSCconf17 hashtag on Twitter.