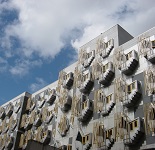 Key aspects of the wide-ranging Courts Reform (Scotland) Bill – which is aimed at reforming the Scottish civil court processes – have been questioned by the Scottish Parliament’s Justice Committee in a report published on 9 May.

The Bill contains a range of measures, including the creation of a new judicial office of Summary Sheriff to cover a more restricted range of civil and criminal matters, and the establishment of a specialist Scotland-wide court, initially intended to deal with personal injury cases.

However, in welcoming the general principles of the Bill, the committee raised concerns about the proposals to increase the monetary threshold for an action in the sheriff court from £5,000 to £150,000.

Committee Convener Christine Grahame MSP said: “There can be no doubt from the evidence we heard that reform of the Scottish civil court system is long overdue. However, our committee is not convinced that some of the measures in the Bill will necessarily achieve what is hoped.

“Improving access to justice is a key part of the Courts Reform (Scotland) Bill. Freeing up the Court of Session to deal with the most complex and serious cases is a step in the right direction. However, raising the monetary threshold from £5,000 to the proposed £150,000 raised questions about whether this is too great a leap.

“Not only would these reforms perhaps restrict access to counsel, but there are concerns about the capacity of sheriff courts to deal with the increase in cases. Our committee recommends that the Scottish Government give serious consideration to lowering the monetary limit.”

Other measures included in the report are:

• The committee welcomed the proposals to create a nationwide Sheriff Appeal Court as it should lead to greater efficiencies, but considered that all appeals should be heard by sheriffs principal rather than sheriffs as their judgments would apply throughout Scotland.

• The committee heard evidence on the key role which honorary sheriffs play in dealing with urgent business in rural areas where a sheriff may not be available. While agreeing that the position of honorary sheriff should be abolished, the committee asks for assurances that rural and remote areas will not be disadvantaged by this approach.

• The committee welcomes the proposal to establish a specialist personal injury court as part of a package of measures to ensure that cases are heard in the most appropriate courts. However, there were concerns about the capacity of the new court and the committee therefore recommended that the personal injury court is established prior to the new level of privative jurisdiction being introduced.

• The committee, in the context of whether the level of privative jurisdiction should be the same for personal injury and commercial cases, considers that the issue of a Scotland-wide commercial court deserves more consideration.