The Cabinet Office is to instigate a system to guide and monitor public sector projects that are trialling three new methods of procurement. Project will be assigned expert mentors to guide procurement staff, who will also be able to draw on a 30-page guide to the new approaches: cost-led procurement, two-stage open book tendering and lean procurement.

The programme is being co-ordinated by the Trial Project Support Group, which was set up in September and is chaired by Constructing Excellence chief executive Don Ward. 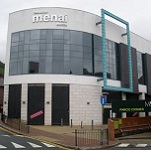 North Wales-based building contractor Watkin Jones and Son Ltd has been ordered to pay a total of £548,000 following the death of a roofing worker who fell through a roof while working on the construction of the Menai Centre in Bangor, Gwynedd.

Yorkshireman Thomas Whitmarsh was employed by a roofing contractor working for Watkin Jones and Son as a sub-contractor in May 2007. He fell nearly six metres through an unguarded opening in the roof to the floor below, sustaining serious head injuries.

After spending several months in hospital Mr Whitmarsh was making a gradual recovery; however, the brain injury he suffered exposed him to a much higher degree of infection. He contracted acute meningitis and died on 17 December 2009. 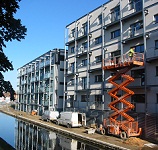 Figures from the NHBC have revealed that private-sector housing registrations in the UK had their best month for over a year in July, with 8,105 registrations. However, that still leaves private-sector registrations down 10% for the rolling quarter May to July compared to the same period last year (21,574 and 23,996 respectively).

Across all sectors registrations were down 21% compared to the same three months last year (28,951 against 36,716), with public sector registrations continuing to decline: 42% down during the rolling quarter. 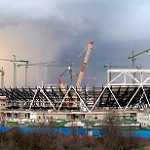 The All Party Parliamentary Group for Excellence in the Built Environment has called on the Government to implement what it has termed 'a procurement revolution' to deliver significantly better value for money across the public sector.

Among the proposals in its report A Better Deal for Public Building is a call to adopt the procurement processes employed by the Olympic Delivery Authority, which was hailed for its successful delivery of top-class projects, to budget and on time.

The report endorses the Government's aim of achieving 20% cost savings for public construction projects over the course of the current Parliament, as outlined in its Construction Strategy, but it says that, unless Government implements its proposals, there is a danger that the savings will be achieved at the expense of good quality design. 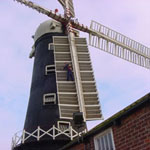 Skidby Windmill, situated near to Beverley in the East Riding of Yorkshire, is said to be England’s most northerly working windmill, and the only one north of the Humber. About 25 years ago, there was a near-fatal catastrophe, when one of the sail beams broke off during milling, on a Bank Holiday afternoon, and crashed through the roof of the adjoining building, which was full of tourists!

Luckily, no-one was hurt, but the local Council who owned the Mill – at that time, they were called Beverley Borough Council – approached Jim Coulson, director of Ripon based TFT Woodexperts, and asked him to immediately inspect the broken beam and then to initiate an ongoing Inspection Regime for the future.